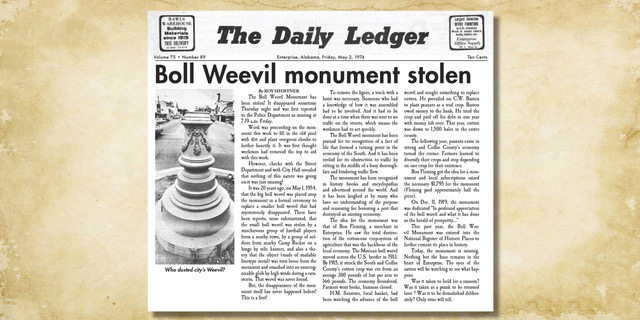 Both the statue and the boll weevil were stolen. Only the pedestal and base remained. They were returned a few days later by Army Warrant officers, who found the broken parts along Highway 27. During the time that the statue and boll weevil was missing, City workers filled in the pool in the base with dirt and planted evergreen shrubs in an effort to beautify the statue-less base. (The Daily Ledger, May 3, 1974)