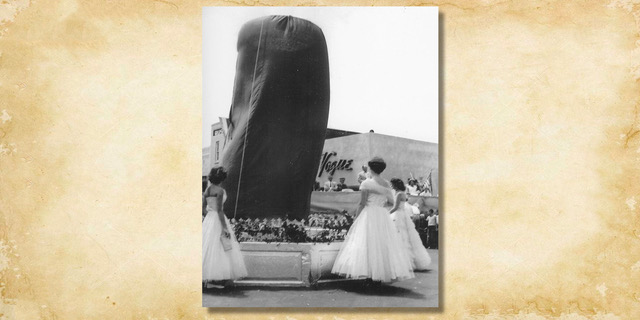 A new copper-plated boll weevil, four times larger than the first, was unveiled during an event named the First Boll Weevil Day. Luther Fuller returned to speak for this rededication. It was a major event, with Delores Arnett as Boll Weevil Queen, a parade, barbeque for over 1,000, and attendance by politicians running in state and local races. In preparation for the celebration, the City Council decided to provide new paint for the Boll Weevil Monument. Pastel green was the color chosen for the base, snow white for the monument. The pool in the base was cleaned out and given a coat of light blue paint. During the renovation the fish in the base of the monument were removed to another location. The First Boll Weevil Day was planned as the beginning of an annual tradition. So far evidence has been found of six additional Boll Weevil Day celebrations, each held in conjunction with another annual event.