Most people who know anything about the six-legged pest might also add to the dictionary description that it is not one of nature’s most attractive creatures.

Yet, its likeness is held high in the upraised arms of a lovely Greek lady robed in white, a proud and majestic statue standing for the past 100 years in a most revered location – exactly in the middle of downtown Enterprise. The question that has weighed on the minds and passed the lips of countless people, both residents and visitors alike, is simply, “Why?” Enterprise is known as the only city in the world with a monument to a pest. Pests, the insect or human variety, are rarely held in high esteem anywhere. But in the case of the open-minded early leaders of the developing town of Enterprise, the honored pest and the monument itself are simply representations of a much larger picture that shows the town’s indomitable spirit and heralds a message of hope, tenacity and resilience. 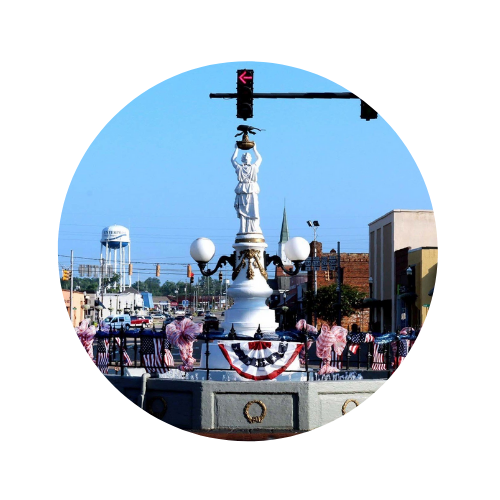 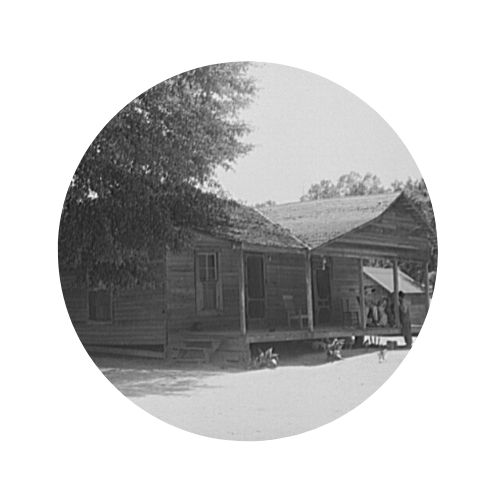 Enterprise had been making history as a town for just over 20 years when folks in the Southeast first heard about the boll weevil. They didn’t know then that the tiny bug was about to become their enemy, a formidable enemy that would change the course of their own history, and that of the entire Southeast. Enterprise had already faced its challenges. It had been carved out of the piney woods in 1881 when founder John Henry Carmichael spotted a small clearing and decided to build a home and store there, near where Main and Lee streets intersect today.

When Enterprise was incorporated in 1896, downtown was nothing more than a general store and a post office. The town had 250 people. It grew at a face pace, soon adding electricity and a water system. The railroad came and a cotton gin and mill boosted the economy. Enterprise was progressing. Just two short years after Enterprise became a town, its momentum was tragically halted when fire swept through the small town and destroyed everything but the post office and a dry goods store.

Townspeople showed their adaptability, steadfast faith and “no quit” attitude even then. They built anew and the town began to grow once more in population, houses, businesses and services. By 1906, the population had grown to 2,000. Cotton was firmly established in the Southeast as the major cash crop. Like many towns and cities in the southern United States at that time, Enterprise was dependent on “king cotton” for a thriving economy. Though they had been warned that a pesky pest had been migrating toward Alabam  since it crossed the Rio Grande in 1892, local farmers underestimated the power of the boll weevil. As they always had, farmers planted cotton in 1915.

As Coffee County Agricultural Extension Agent John Pittman predicted, the cotton crops were destroyed. The boll weevil cost the agriculture industry in the rural South more than $23 billion over time. It ruined people’s lives, destroyed their livelihoods, displaced them and bankrupted their towns, where banks and merchants were dependent on the monetary fruits of the annual harvest. Enterprise was devastated and the local economy was shattered. But the bold spirit of Enterprise citizens rose again. Willing to explore new ideas, to accept change if need be, they resolved to keep their town alive.

H.M. Sessions, a banker who advanced crop loans to farmers, and John Pittman heard about peanuts being grown in Virginia and the Carolinas, so they traveled there to investigate. Emboldened by the success they witnessed, Sessions purchased a truck load of peanut seeds and shipped them to Enterprise in the fall of 1915. Their hopeful outlook was further strengthened by the research of Dr. George Washington Carver, Tuskegee University botanist who had invented new ways to use and market peanuts. Sessions convinced farmer C.W. Baston to plant his entire acreage in peanuts. In 1916, Baston harvested a record-breaking crop of peanuts while the cotton crops lay in ruins.

The next year, farmers took a leap of faith and borrowed money to buy peanut seeds. The crops were bountiful. Coffee County produced over 1 million bushels of peanuts.

They triumphed over adversity. 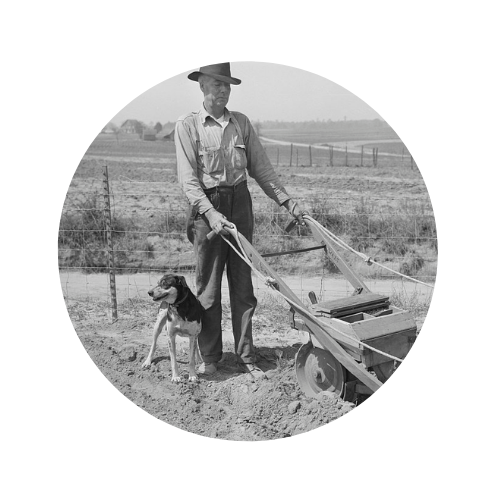 The practice of peanut farming spread throughout the Wiregrass and the Southeast, which is still one of the largest peanut-producing regions in the United States today. Enterprise citizens refused to accept defeat. They triumphed over adversity.

And still, it wouldn’t be the last time. The town’s growth was interrupted again by the Great Depression. Citizens then faced more hardships during World War II, in the early 1940s, as they joined the rest of the nation in the war effort to keep America free. A close neighbor of Fort Rucker and the United States Aviation Center of Excellence, Enterprise has experienced both the revelry and the sorrow of communities with close military ties. The Boll Weevil Monument has stood in downtown and watched the dramas of the Vietnam era, Operations Desert Shield/Storm and Operations Iraqi Freedom/Enduring Freedom unfold in real time, too often leaving the community mourning the loss of loved ones.

Tragedy struck the city yet another blow, a horrifying blow, in 2007 when a Category 4 tornado cut a path through Enterprise 500 yards wide and 10 miles long. Eight students were killed when Enterprise High School was destroyed. An elderly resident who died from injuries suffered when her home was damaged brought the death toll to nine. More than 50 people were injured. More than 1,200 homes were destroyed or damaged. Damage throughout the city exceeded $300 million. Still, Enterprise was resilient, adaptive. Today, students learn in a new school building. The victims are not forgotten in the heart of a city that lives on.

Even in 1919, Enterprise citizens saw that spirit. They recognized the message of the bold weevil, a message that transcends time and generations. So, businessman Bon Fleming led a campaign to establish a monument recognizing the boll weevil for forcing citizens to embrace change, to see that positive change can spring forth from disaster, to see the bottle half full instead of half empty. To bestow the message of hope to future generations, the Boll Weevil Monument was unveiled Dec. 11, 1919. A crowd of at least 5,000 people, came on horseback, in horse-drawn wagons or driving the new Model T Fords to witness the unveiling. 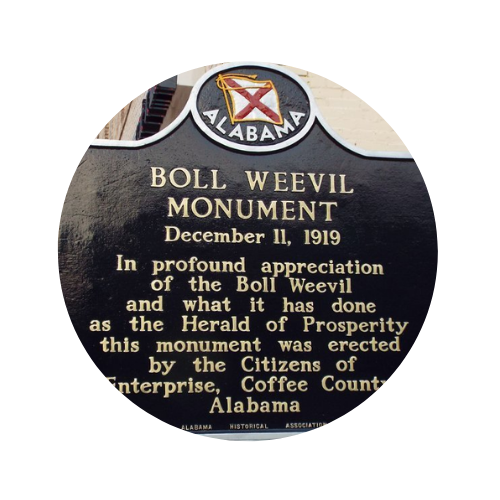 A plaque on the monument praises the boll weevil as the impetus that heralded prosperity. The ugly bug certainly was the spark that set the chain of events into motion, inspiring the people to come together to find solutions. They took the initiative to move forward and mustered the courage to change, to overcome hardship, to succeed. As Enterprise celebrates the 100th birthday of the Boll Weevil Monument this year, let us remember that universal legacy. It stands the test of time.

Compiled and written by Kay Kirkland, City of Enterprise